“I thought living in Texas and trying to arrange a rehearsal dinner for my son and his fiance’ in Louisiana would be a challenge, especially following the Christmas holidays. Their wedding was scheduled for January 4, 2014 and I had previously tasted one of Sweet Elizabeth’s cakes in the summer of 2013 and knew I had to have her make their rehearsal dinner treats. After talking with my son’s fiance’, her wedding cake was also being made by Sweet Elizabeth and I decided I would have Holly do the honors! Her cakes are not only great tasting but beautifully thought out and detail oriented. My son’s rehearsal dinner theme was Southern Cajun/Fleur de lis and since he had proposed to his fiance’  in front of the LSU clock tower we wanted that to be part of the design. Holly made the cake with the Fleur de lis design using LSU Tigers/Clock Tower integrated into the design (it even had the time he proposed to her on the clock!). Holly delivered the cake and hydrangea cupcakes to the rehearsal dinner in perfect timing, helped set it up and was a joy to work with. Everyone loved her cake and cupcakes…they tasted as good as they looked! The following day, her talents were displayed again with a beautiful wedding and groom’s cake. Since the groom was from Texas and the bride from Louisiana, she customized the cake to fit their personalities! The only thing I regret is that I don’t live in Louisiana where I can purchase from her more often! Holly, you are amazing!” 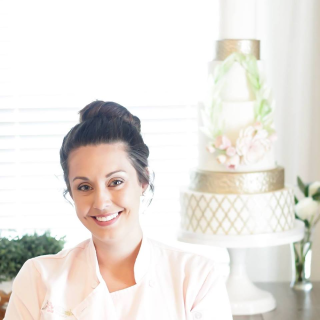 🐣 NEW LINK! There's STILL TIME!
❤️ We all know Valentine’s Day is the most last minute holiday ... we have you covered! ❤️
It’s going to be FREEZING this weekend!
Eeeek! We have HOT CHOCOLATE BOMB MOLDS!